Do I Need An Air Purifier In A House With Pets?

A home is not a home without a pet and many people and families share their common abode with a furry member of the household. Whether it is a dog or a cat, hamster or house rabbit having the company of a pet is one enjoyed by a majority of people around the world.

Pets offer unparalleled affection helping to reduce stress and provide comfort; but they are also a primary source of allergens and many people find themselves allergic to a furry member of the family. Fur, dander and saliva are common causes of pet allergies in humans; while other allergies could also be triggered unconsciously by pets. 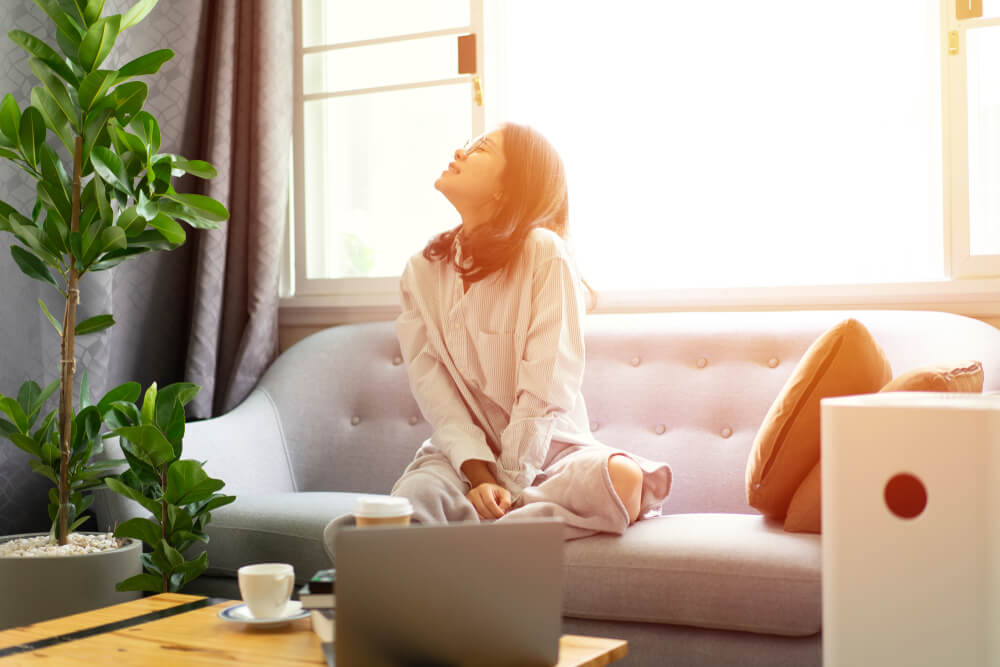 Pet odors are also a common issue; few people enjoy the odor of a wet dog, while cat litter can often be dusty and can smell once soiled. And of course, pets are not immune to having an ‘accident’ around the house and liquid and faces not only leave unpleasant odors but can be another allergy trigger.

What is pet dander?

Pet ‘dander’ is the name given to cast off material from a pets’ fur. It is made up of flaked skin which is shed by the pet along with hair. Because of its particulate size it is almost invisible to spot unless there is a concentration of the stuff and it can get into hard to reach areas such as deep into carpet pile, bedding, furniture and anywhere where the pet spends some time.

When disturbed, the dander can be thrust into the air where it can linger for some time before resettling. Regular cleaning can reduce the amount of dander that accumulates.

Pet fur in itself is rarely the cause of a pet allergy; rather the fur is often a carrier for the proteins which are the cause. Dander is often collected on cast pet fur, while the fur can also capture other airborne pollutants not specific to pets so not only can it be unsightly - especially on dark furniture or materials - pet fur can spread allergenic payloads throughout the home.

The fight against pet allergies can be waged in several ways. The most obvious to observe a good level of household hygiene with regular cleaning, dusting and vacuuming of common areas where pets like to linger, removing shed hair and dander which can easily be agitated into the air by movement.

For cat owners, frequently lifting soiled deposits from cat litter can help to cut down on bad odors as can regular emptying and cleaning of the litter tray.

In all cases an air purifier could prove a god-send in the fight against pet allergies, processing the air around to filter out the causes of bad odor, pet hair and other matter which might irritate such as dander.

How will an air purifier help combat pet allergies?

Air purifiers help to filter out harmful airborne air particles that can be the cause of pet allergies, odors and more. By removing these materials, you and your pet can enjoy cleaner, safer air to breathe while being less susceptible to the airborne causes of pet-related allergies.

There are several choices of course when it comes to picking out the best air purifier for your needs, not only in terms of the technology employed but also budget. Air purifiers which employ HEPA filters are a common choice and can tackle most airborne particles that exist although miniscule particles that might break off from larger ones could slip through the filter and remain present in the air.

HEPA filters also need to be regularly changed as their efficiency becomes compromised as the filter becomes filled and clogged.

Ionizing air purifiers work by eliciting an electric charge on passing airborne matter; the charge delivers some static energy which allows the matter to collect on surfaces which can then be removed during regular household cleaning. However their range is limited and so may not wholly address the issue if placed in an area where there is low pet traffic.

PECO filters are another choice to consider and can handle both the larger particulate and the smaller particulate which often breaks from its’ bigger sibling. PECO filters - Photo Electrochemical Oxidation - is a two-stage treatment which firstly deals with the air pollutants in a similar fashion to a HEPA filter; but a second stage in the treatment then deals with the matter which passes through the first barrier and is destroyed by the filter’s operation.

How do I choose the right filter?

Different pets produce different types of dander which in turn have a different effect on different people. Filtration methods tend to work better than ionizers which can be limited in operation. Of course budget has to play a part in the decision making process as well as features of any considered method of air purification. There are several air purifiers for pet’s compilations online which extol the benefits and disadvantages of the most popular technologies and give a fair indication of budgets involved in many of the most popular brands and models available.

And for those looking for a wedding gift for a pet-owning happy couple to-be, an air purifier is an innovative and imaginative gift that could be well-welcomed. While gifts for the kitchen such as a microwave oven, a set of kitchen utensils or a custom-made chopping board are always relevant to any couple, an air purifier could prove a hit with pet owners who are tying the knot. After all, who wants to be sneezing on their big day due to pet allergies, or having their best suit or wedding dress covered in pet hair?