Rolex Marks 50th Anniversary of Explorer II With a 2022 Update

In celebration of the Rolex Marks 50th Anniversary of Explorer II of its famous model, Rolex has released a new version of the timepiece, and it’s now equipped with a redesigned case, bracelet, and the new Calibre 3285. First introduced in 1971, the Explorer II is intentionally designed for travelers that reach the far ends of the globe, often being subjected to extreme weather conditions. It’s a larger, bolder, and more functional version of the watch Sir Edmund Hillary wore when he reached the highest peak of Mt. Everest in 1953.

Today, the Explorer II remains a favorite amongst A-listers, and watch enthusiasts are in for a treat with its 21st-century update. What’s new with the Rolex II? Continue reading further. 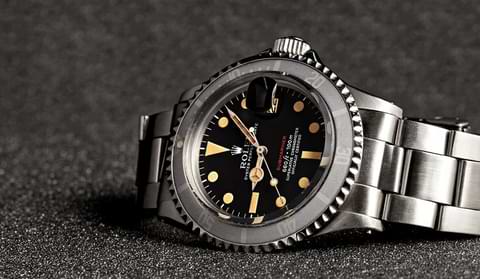 The 2021 Rolex Explorer II, with reference 226570, looks almost identical to the outgoing model, the Ref. 216570. It maintains the signature 42m Oystersteel case, the arrow-tipped GMT hand, the cyclops over the date window at 3 o’clock, and the brushed fixed 24-hour bezel. The white lacquer dial version features the same PVD applied hour markers and hands. The black dial also retains the same old look with its polished applied markers and hands.

What’s new, however, is the subtly redesigned case and bracelet. It features the patented Oysterlock folding safety clasp to prevent accidental opening. It also has the Easylink comfort extension link so you can easily adjust the bracelet length by up to 5mm as well as a concealed attachment system that lends a seamless connection between the bracelet and case.

Another new thing with the ref. 226570 is that it uses the new in-house Calibre 3285. The same movement that powers the latest GMT-Master II watches. It sports a Chronergy escapement for improved efficiency, an antimagnetic Blue Parachrom hairspring, and Paraflex Shock absorbers for increased shock resistance. It also stores an impressive 70-hour power reserve.

As far as timekeeping is concerned, the new movement is COSC-certified and is a Superlative Chronometer with a -2/+2 accuracy. With these subtle changes, it seems that the new-generation Rolex Explorer II takes on an “if ain’t broke, don’t fix it” approach.” Nevertheless, for $8,550 retail price, it’s a piece that’s worth adding to your collection. It’s available soon from Rolex retailers worldwide.

Rolex: History and the Beginnings of the Explorer Line

The Explorer line is best known for being the watch that accompanied Sir Edmund Hillary and Tenzing Norgay in their journey to the Mt. Everest summit nearly 70 years ago, as Rolex was a sponsor of the expedition, including the other Himalayan explorations at that time.

First seen in 1953, the professional collection is created with explorers in mind. It features a line of robust, no-nonsense pieces known for their great legibility. Later in 1971, Rolex introduced the Explorer II which stood alongside the existing collection. While the first one was already impressive in design and functionality, the Explorer II features an even more rugged design with its larger case, the addition of a 24-hour bezel, and extra time zone. The purpose-built watch proved to be usable in other adventures, mine and cave explorations included.

Fast forward to the present, the Explorer continues to have all the makings of a great professional model. While the years of technological advancements have sharpened it within a sleeker physique, it still possesses the qualities of a watch that is built for quests. While you wait for the time when the new-generation Explorer II becomes available, check out these other references that are equally worthy to be in your luxury watch collection.

The ref. 216570 is the 40th-anniversary commemorative version of the Rolex Explorer II. Released in 2011, it draws inspiration from the ref. 1655, but with a handful of modern updates. As said above, it’s almost identical to the new-generation Explorer II model. But, the difference is that inside it is the self-winding Calibre 3187—an in-house movement that features impressive resistance to shock and extreme conditions.

It’s also available in two versions, one with a white dial and another with a black dial. However, because of the global demand for Rolex watches, you’ll likely have to shell out a significant amount of money to get your hands on them in the secondhand market, that is if you even find one.

Sitting somewhere between a dress and a sports watch, the new-generation Rolex Oyster Perpetual is released this year, featuring a 36mm case—the same size as the case used in the original 1953 model. It comes in an Oystersteel and a yellow Rolesor version, a duotone look that uses both 18K yellow gold and Oystersteel. As the name suggests, it’s made for explorers and comes equipped with the automatic Calibre 3230 movement that boasts a 70-hour power reserve and up to 100m water resistance. It also has Paraflex shock absorbers to ensure a higher shock resistance.

The watch features either a white or black lacquer dial with the patented Chromalight display. This makes its index hour markers and numerals visible even in the darkest conditions, which proves to be most useful when taking on an adventure in the pre-dawn hours.

The Rolex Explorer II may not be as popular as Rolex’s other tool watches. But, it always sells enough for the brand, largely owing to its narrower target market that appreciates its distinct aesthetic. Nevertheless, given the brand’s reputation, you still get excellent value for your investment.

Should you decide that you want a ref. 226570, our advice is to keep your eyes peeled for updates regarding its availability via Rolex retailers worldwide. In the few months after its release, it will not be surprising if its prices will shoot up to as much as 20% in a true Rolex fashion.

What are your thoughts about the new-generation Rolex Explorer II? Would you line up and spend a significant amount of money to get your hands on one? Let us know by leaving a comment below.